James May (b. 1994, Pittsburgh) is a composer, improviser, teacher, and writer. As a composer and improviser, he’s interested in creating music focused on texture, space, and agency, and particularly likes exploring extended vocal technique, listening environments, and literature. He regularly writes album reviews and articles for various news publications including The Road to Sound, icareifyoulisten, Sound American, and RTÉ Culture. As a conductor and performer, he’s a champion of contemporary and experimental music.

Recent projects and collaborations include Bayou La Terre, an ongoing workshop exploring place, memory, material culture, and sonic environment; thin places, an improvisation piece for extended vocalists and organ; Touch Currents, an album of voice + electronics improvisations; glances full of muted colors for Will Yager, commissioned by the Louisiana Music Teachers Association; and hands, empty except, commissioned by and written for Jamie Monck. His 2018 solo soprano piece, “Flowers for Eurydice”, is included on Stephanie Lamprea’s forthcoming album Quaking Aspen (New Focus Records). He is a member of Versipel New Music, based in New Orleans.

James’ work has been performed and recorded by Chamber Choir Ireland and Paul Hillier, JACK Quartet, Echéa Quartet, the San Francisco Choral Artists, Longleash, and the University of Louisville Orchestra and Collegiate Chorale. He was the winner of the 2019 Seán Ó Riada Composition Contest for street after street alike, the 2019 West Cork Chamber Music Festival Contest for Sculpture VI, the San Francisco Choral Artists’ 2017 New Voices Project for The Garden (“arresting… intricate and intense” ­– San Francisco Classical Voice), and composed Zaira and Irene for the 2018 Huang Orchestra Commission from the University of Louisville. His work has also been programmed and recognized by New Music on the Bayou and the Institute for Choral Creativity.

James was one of 12 recipients of the 2018-19 George J. Mitchell Scholarship, funding an MA in Experimental Sound Practice at University College Cork where he studied with John Godfrey, Jeff Weeter, and Karen Power. He previously studied with Steve Rouse and Kimcherie Lloyd as a Bomhard Fellow at the University of Louisville, and Jack Gallagher and Lisa Wong at The College of Wooster. 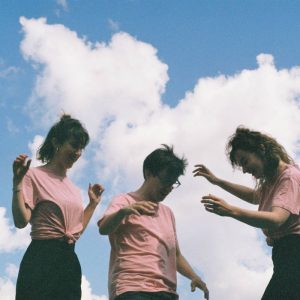 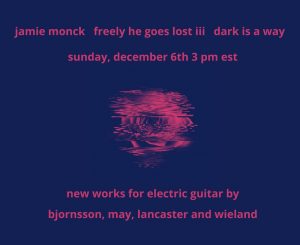